Don't Feel Down in the Dumps-ter

Donate to progressive groups which sue the feds. Refuse to buy from businesses that support Trump and his angry ilk. Dump your pay TV so your money doesn't go to TV networks that gave billions in free coverage to Trump. Use an antenna if you must. Dump your daily newspaper if it is in the dumpster for the Trumpster: especially those owned by Digital First Media, which are the Daily News, Daily Breeze, and Pasadena Star News.

Deprive the feds of your tax dollars temporarily or permanently by pouring your income into 401k's or tax exempt bonds.

Don't buy anything you see advertised on Fuckbook or Twitter as they bring us fake news and the Daily Trump spew with no fact checking or ethics. Trade with your friends, buy used unless you really need new stuff.

And above all, remember that California has the right to privacy written into our Constitution, so abortion cannot be made illegal by the feds. Californians can enact our own version of Obamacare just as Massachusetts did years ago, or better yet, a state run health insurance system. Oh, yeah, and if red states want to wreck their schools and environment, we will not here. Just as we can't force residents of other countries to vote smarter, don't feel so bad for residents of red states when Trump screws them. We can only control what goes on in our own backyard, so if the neighbors are dumb, unless it affects us, let's let them learn from their Trump-steaks, er mistakes.
Posted by Rex Frankel at 12:17 AM No comments:

Romney "like(s) being able to fire people."
Other GOP contenders have a problem with that (not firing people, just telling the public that's what they want to do)
"Can't we get back to bashing Obama's pro-middle class policies?"


The last thing anyone could have expected from the Republican presidential field here was a late-breaking shift to the left...

...Here's Gingrich, who has called Romney a looter, explaining to the press how a historian/not lobbyist sees the issue:
"Is capitalism really about the ability of a handful of rich people to manipulate the lives of thousands of other people and walk off with the money? Or is that, in fact ... a flawed system? So I do draw a distinction between looting a company, leaving behind broken families and broken neighborhoods and leaving behind a factory that should be there."

Rick Perry — who is polling at 1 percent in New Hampshire — is in South Carolina, where he's focusing on a company that he says was "looted" by Bain and adds that "getting rich off failure and sticking it to someone else is ... indefensible."

"If you're a victim of Bain Capital's downsizing," said Perry, who routinely calls Barack Obama a socialist, "it's the ultimate insult for Mitt Romney to come to South Carolina and tell you he feels your pain, because he caused it."

I know. You think the outrage may be forced — and a little late in the game. Everyone figured Romney's problem in the primaries would be Romneycare. But it turns out to be Bain Scare...
Posted by Rex Frankel at 9:59 AM 1 comment:

Posted by Rex Frankel at 8:46 AM No comments:

Posted by Rex Frankel at 1:46 PM No comments: 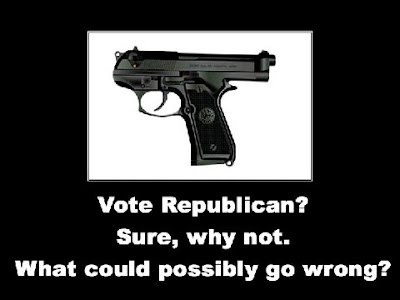 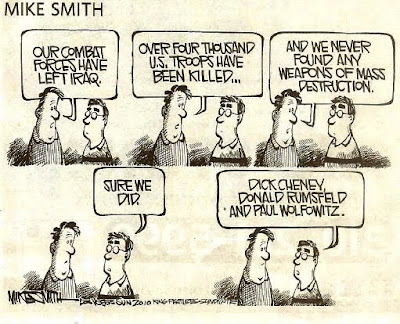 Can I buy a Canadian?
In her radio show, Dr Laura Schlesinger said that, as an observant Orthodox Jew, homosexuality is an abomination according to Leviticus 18:22, and cannot be condoned under any circumstance.

The following response is an open letter to Dr. Laura.
Dear Dr. Laura:

Thank you for doing so much to educate people regarding God's Law. I have learned a great deal from your show, and try to share that knowledge with as many people as I can. When someone tries to defend the homosexual lifestyle, for example, I simply remind them that Leviticus 18:22 clearly states it to be an abomination . End of debate.

I do need some advice from you, however, regarding some other elements of God's Laws and how to follow them.

1. Leviticus 25:44 states that I may possess slaves, both male and female, provided they are purchased from neighboring nations. A friend of mine claims that this applies to Mexicans, but not Canadians. Can you clarify? Why can't I own Canadians?

2. I would like to sell my daughter into slavery, as sanctioned in Exodus 21:7. In this day and age, what do you think would be a fair price for her?

3. I know that I am allowed no contact with a woman while she is in her period of Menstrual unseemliness - Lev.15: 19-24. The problem is how do I tell? I have tried asking, but most women take offense.

4. When I burn a bull on the altar as a sacrifice, I know it creates a pleasing odour for the Lord - Lev.1:9. The problem is my neighbours. They claim the odour is not pleasing to them. Should I smite them?

5. I have a neighbour who insists on working on the Sabbath. Exodus 35:2 clearly states he should be put to death. Am I morally obligated to kill him myself, or should I ask the police to do it?

6. A friend of mine feels that even though eating shellfish is an abomination, Lev. 11:10, it is a lesser abomination than homosexuality. I don't agree. Can you settle this? Are there 'degrees' of abomination?

7. Lev. 21:20 states that I may not approach the altar of God if I have a defect in my sight. I have to admit that I wear reading glasses. Does my vision have to be 20/20, or is there some wiggle-room here?

8. Most of my male friends get their hair trimmed, including the hair around their temples, even though this is expressly forbidden by Lev. 19:27. How should they die?

9. I know from Lev. 11:6-8 that touching the skin of a dead pig makes me unclean, but may I still play football if I wear gloves?

10. My uncle has a farm. He violates Lev.19:19 by planting two different crops in the same field, as does his wife by wearing garments made of two different kinds of thread (cotton/polyester blend). He also tends to curse and blaspheme a lot. Is it really necessary that we go to all the trouble of getting the whole town together to stone them? Lev.24:10-16. Couldn't we just burn them to death at a private family affair, like we do with people who sleep with their in-laws? (Lev. 20:14)

I know you have studied these things extensively and thus enjoy considerable expertise in such matters, so I'm confident you can help.

Thank you again for reminding us that God's word is eternal and unchanging.

(It would be a damn shame if we couldn't own a Canadian)
Posted by Rex Frankel at 11:44 AM 1 comment: