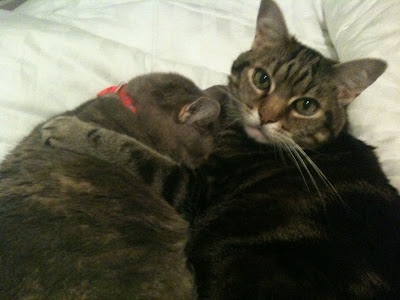 MERRY CHRISTMAS, HAPPY HOLIDAZE FROM THE KITTIES WHO USED TO SLEEP ON MY HEAD!

Posted by Rex Frankel at 6:16 PM No comments: 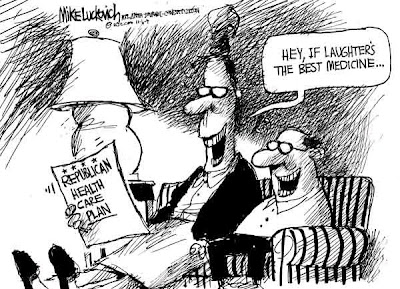 More...Lifestyles of the Rich and Fascist

Hello, and welcome to another edition of "Lifestyles of the Rich and Fascist". I'm Robbing Leech, your guide.

"Sure, cleaning up the beach has had its cost. It's no longer Free Venice, since we privatised the beach," Larson says, "But it's much trendier."

Whipsnade points at one of his muscle-bound private police. "Look at the cloth!" he gloats, pointing to his cops' new designer-uniforms. "And we use non-polluting paddywagons to haul off anyone without a beach-permit to our civil rights deprivation facility, like the poor and unknown artists and anyone else not paying rent to me. Also our police use non-lead bullets and their billy-clubs contain no tropical hardwoods. We're concerned about the environment!"

And to pay for this Whipsnade shows me his Beach-o-Meter cash collection system. Every performing artist's space on the ocean front has what is actually a parking meter needing coins every 15 minutes. Also all benches on the walk have meters, with rules enforced by the muscle-bound patrol. But Veniceland policy is "regulate people, not property", and so business is just booming at Whipsnade's strip of newly built ocean-front shopping malls.

"Yes, we are a business-friendly town," he says, "and without low-paying mall jobs, how can people pay rent?" Whipsnade then takes our camera to a meeting of the Veniceland Vacuum Committee, a group of yuppies who have dedicated themselves to a whiter, brighter and much richer Veniceland. Their leaders, who sell real estate for a living, can be seen each morning disinfecting sidewalks in poorer parts of town. Such spirit they have!

"The poor need a clean place to land after being evicted," says Dina Reagan, head vacuumer. "It's the least we can do. They're not canal ducks. They have some rights."

Well, there you have it in beautiful, diverse VeniceLand: businesspeople caring for the less fortunate. This is Robbing Leech saying goodbye until next week's show. We're off to Brentwood to show nice-guy Mayor Dick Riordan giving his money away to poorer politicians. What a caring guy.

We're off to the Lifestyles Video Van...Hey! Where's the van? It was parked right here on the street!

Oh, well! This has been Lifestyles of the Rich and Fascist. Bye-bye!
Posted by Rex Frankel at 12:49 PM No comments:

Something more to worry about...

Sick, but funny...From the Onion

and here's another
http://www.theonion.com/content/video/in_the_know_are_reality_shows
Posted by Rex Frankel at 4:15 PM No comments: 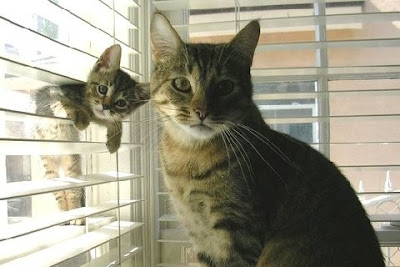